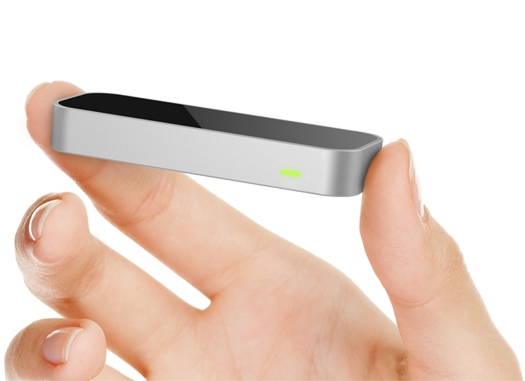 The Leap Motion device appeared on the market not so long ago, but has already managed to win its user audience, which continues to expand. The scope of this technology is quite wide and can be limited only by the imagination of the developer. Most often, the device is used in the gaming industry and in the advertising industry.

Leap Motion works exclusively on Windows, MAC OS, Linux platforms and judging by the information of the official forum, the developers of this device do not plan to support mobile platforms yet. I think this is due to the fact that mobile devices are not yet powerful enough to work with Leap Motion technology. Visibility height (along the Y axis), maximum 25 cm, and it can be changed in the software settings that are included Before starting development for a new device, you always need to have an idea of how it works. The more you can understand the technical details, the easier it will be to design information systems using these devices. This knowledge will allow you not only to predict exceptional situations in which the device is physically impossible to use, but also to expand the scope of their application by hardware adaptation for specific tasks.

The Leap Motion device in question is technically not something super complicated. Inside are two infrared cameras and three powerful infrared LEDs. The principle of operation of the device is simple infrared (IR) diodes illuminate the hands, and infrared cameras make them capture by transferring images to the Leap Motion software processor. At the software level, mathematical algorithms enter the battle that distinguish the contours of the hands and track the coordinates of the fingers. Starting with SDK 2.0. Version, Leap Motion learned to distinguish the components of the hand, in other words, the algorithm determines the bones of the hands and wrist, tracks their movement in space. Thus, new horizons are opened for expanding the base of recognizable gestures. Many in the forums and in private conversations ask the question: can I use Leap Motion or Kinect as a thermal imager? Most are convinced that an infrared camera is necessary for the thermal release of a person, and this is a huge mistake. The fact is that the IR camera and the thermal imager are completely different devices. Both of these devices are based on the principle of perception of invisible infrared radiation, but their spectrum of perceived radiation is different. To produce the matrix of thermal imagers, other materials are used that are more sensitive and allow you to perceive IR waves emitted even at low temperatures. For this reason, thermal imagers are quite expensive.

If you want to use this device as a thermal imager, then it is fair to ask the question, what temperature range do you want to monitor?
Based on the physical law of Wien, we can calculate the maximum emissivity of bodies. Since this article relates to another topic, I will not give calculations, I will just give a few calculated wavelengths:

The Leap Motion and Microsoft Kinect infrared camera will not detect the temperature of the human body, however, flame from a lighter or a filament of an incandescent lamp can be seen.

Let’s make an experiment. Take the Microsoft Kinect sensor and close the infrared emitter tightly with a metal plug. Next, run the program, which will simply display the image from the infrared camera on the screen. The screen is black because there is no infrared radiation in the room. However, it is worth igniting the fire of a lighter, as a picture of infrared radiation from the fire appears on the screen. Close the infrared emitter with a metal cap Nothing is displayed on the screen The infrared light from the lighter is displayed on the screen.

Similarly, if you aim the infrared camera at a desk lamp. You can see how the lamp glows, but the light from the lamp does not reflect on the hand and objects around. The light from the energy-saving lamp clearly hits the hand, but there is no reflection from the hand on the screen The matrix of any digital camera is sensitive to infrared radiation. In order to narrow the spectrum of IR perception, special IR filters are used, which are in any digital camera.
To prove my words, take the remote control from the TV, point it at the webcam or camera on your mobile phone, press the remote control button and at that moment on the screen of your device you will see the glow of an infrared diode, although in fact the diode radiation is outside the perception area the human eye. Since the IR filter is installed in the camera, you are not observing such a bright glow of the diode. But if you remove the filter, then the light will literally blind the camera matrix. cut-off filter – cuts only infrared radiation. Such filters can be found in most modern photographic equipment. Webcams, cameras, mobile phone cameras and more. A filter is installed between the camera sensor and the lens. Visually, it can be distinguished by color. The filter can be blue, pink and other colors, and in the light it can shimmer with all the colors of the rainbow. These characteristics depend on which wave spectrum needs to be cut. passing filter – transmits only infrared radiation, and cuts the remaining waves of the visible spectrum. This filter is usually black. Such filters are used in the production of thermal imagers, photographers are also widely used for shooting techniques called “infrared photography”, and in everyday life this type of filter is known to us as sunglasses. This filter is used in our Leap Motion device. The black, glossy surface of this device is an IR passing filter.

Thus, an infrared camera together with a passing filter in Leap Motion is necessary in order to perceive only a narrow infrared spectrum.

Despite the fact that the use of infrared illumination and physical radiation provide the highest quality preparation for the use of software processing, this device cannot be used in direct sunlight or in the presence of infrared lighting. If LeapMotion is located next to the windows, this will mean that the image should not recognize the image.

Hand recognition is fast enough, but the speed depends on the power of the computer.

This may be due to the inability to recognize gestures. Leap Motion does not accurately recognize the gesture

In this case, the coordinates of the hand will stray and twitch on the screen, which causes difficulties if necessary, to perform some exact actions. I’m sure I wouldn’t use Leap Motion to control a sapper robot 😉

Also, Leap Motion does not recognize gestures in which two hands join together. (photo: anijoin.by) Gestures that Leap Motion does not recognize

I was pleasantly surprised by the update of Leap Motion libraries to the second version. It is noticeably felt that recognition algorithms have become more accurate.

If you came to this article in search of an answer to the question: – “Is it worth it to spend time on Leap Motion technology?”, My answer to you: – “definitely worth it!”.
Today Leap Motion is an excellent and affordable tool for contactless control of software or devices in which control is based on the simplest hand gestures. Leap Motion opens up new horizons for software developers. There is no doubt that in the future this device will develop and in the new versions all current errors and shortcomings will be taken into account and corrected.

I hope the information was useful to you.

How to reset the password of Chinese DVR h.264